The Opinion World is an exclusive service provided by Dyanta LLC previously Survey Sampling International since 1977. Opinion World is the sister site of Opinion Outpost one of the best survey panels in the USA.

The Opinion World connects your opinion to topmost companies in the world to educate them regarding the standard of their products and services. They want the voice of millions of consumers like you all around the world to create innovative solutions.

By being one of the members of Opinion World community, you can earn cash rewards and gift cards sharing your opinion by taking surveys.

Opinion World increases the power of your opinion in addition to paying you for your precious time.

Unlike most of the survey panels which concentrate to offer their services only for the residents of tier-1 countries, Opinion World offers its services in many countries around the world either directly or indirectly.

Initially, Opinion World advise their members to complete their profile in order to receive the survey invitations to relevant surveys.

For example, if the user is interested in Bikes & cars, he could mention it in the profile so that he will be invited whenever a new study available about automobiles instead of getting invited for IT survey where he won’t qualify. So, once you become part of the Opinion World surveys, feel free to complete the profile questionaries by spending a few minutes.

Usually, Opinion World pay 30 points to 500 points for completing a survey. The rewards value may vary based on the time taken to complete the survey and the research topic.

On average, the OW users spend 5 to 20 minutes to complete a survey. Based on your demographics, you may receive 1 – 5 survey invitation per day.

While YouGov has the best interesting survey categories in the world, Opinion World has various survey categories on which they conduct research. Based on the preferences set on your profile, you will receive surveys from the categories which are relevant.

With a wide range of survey categories, Opinion World able to send the survey invitations to its users from different background and interest.

The Opinion World Surveys are designed very well that their users are answering the questions without feeling stressed.

The Opinion World Surveys are fully responsive, i.e. you can take surveys using the mobile phone and desktop devices.

In some of the Opinion World review, it’s said surveys are hosted by the third party. There might be a compromise in the quality of the survey in such a case.

Also, it’s said sometimes the Opinion World surveys get stuck in the middle without any valid reason. This will actually irritate the survey takers.

Do you know that Opinion World Survey router is one of the best survey routers like YourSurveys?

Since the Opinion World don’t have control over the third-party earning sites, you cannot expect the full rewards awarded by Opinion World.

But, Opinion World survey router acts as one of the best tools to find the surveys when you’ve got no survey invitation to participate.

Opinion World badges will eventually increase your grade as a premium member of Opinion World.

Previously, Opinion World used to reward the lucky users with $10000 per month through the monthly prize draw.

Whenever a user takes the survey, he will automatically receive the free prize draw entry ticket. The more the user has, the higher the chances of winning.

Now Opinion World has removed the monthly prize draw feature for the healthy reason of focusing on the quality of the surveys.

Since getting rebranded as Dyanta LLC, SSI has removed many unwanted features to make their property reliable to its customers. 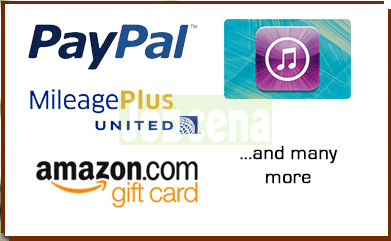 As said earlier, Opinion World’s payment will change based on the users’ geolocation since they provide customized region-based rewards. Check out the website to know more about the rewards available in your country.

However, here are some of the payment options to mention PayPal, Amazon gift cards, Airline credits, Flipkart gift cards.

The minimum payout is just $10.

Once you redeem your points, Opinion World will send the payment or the gift cards within a week.

Check the website in your country for more information about the rewards and time taken to process the payment.

Pros and Cons of Opinion World:

OW provide their service both directly and indirectly through third-party sites, makes it the reliable survey panel with plenty of experience. However, they need some improvement in their basic site design and other essential features.

In addition to trusted survey sites like Clixsense, I recommend you to join Opinion World!